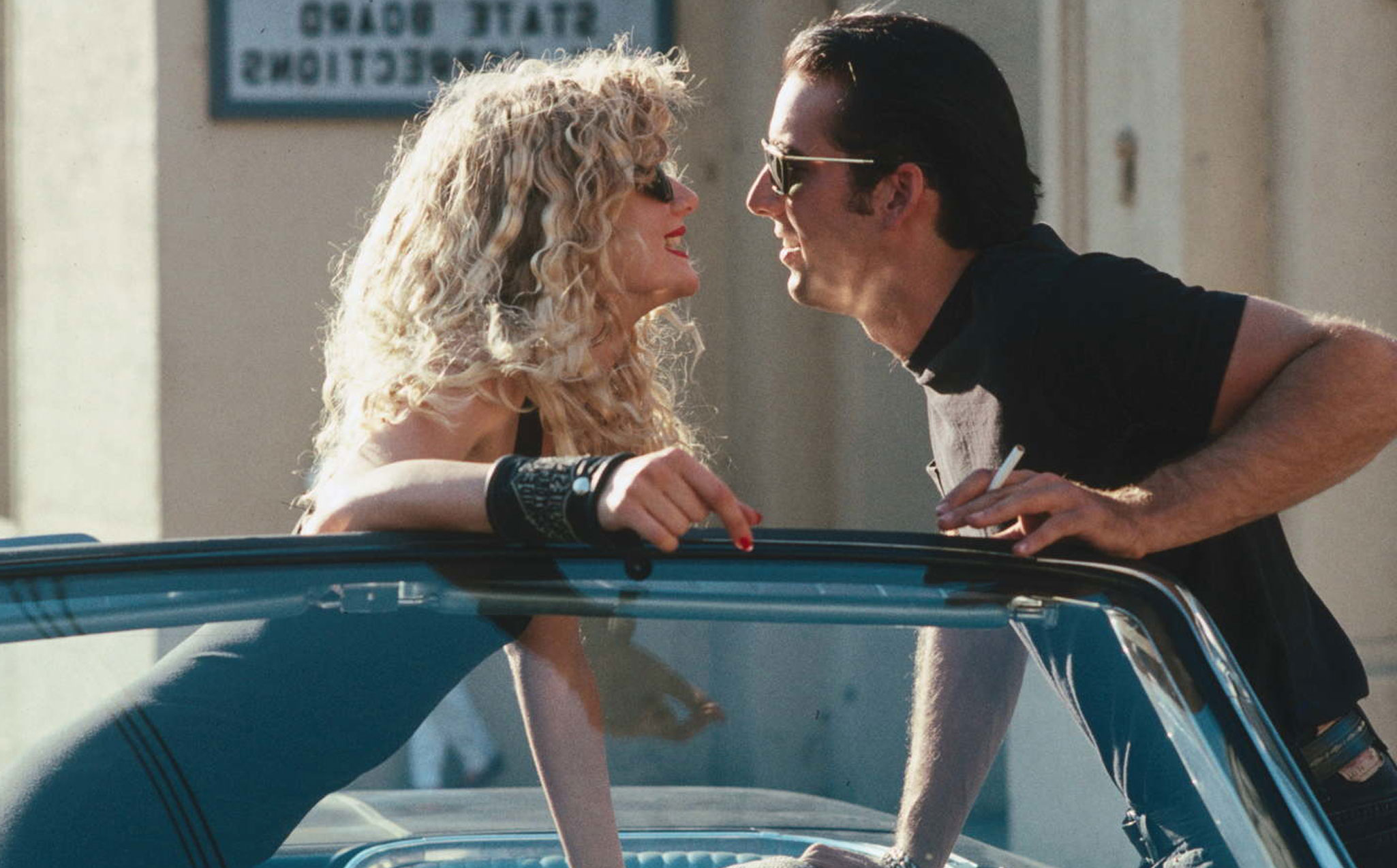 “Thirty years ago, Wild at Heart arrived in theaters after winning the Palme D’Or at the Cannes Film Festival, where it was greeted, according to the critic Dave Kehr, with ‘the most violent chorus of boos and hisses to be heard in a decade’. Such a reception at Cannes can often be a badge of honor – L’Avventura and Taxi Driver also got an earful – and Lynch would get booed again when he premiered Twin Peaks: Fire Walk with Me at the festival two years later….Wild at Heart is a film of extreme violence and ugliness, and it’s far more conceptually loaded than it needs to be, with a complicated thicket of murderous lowlifes and Wizard of Oz references that are sometimes clumsily grafted on to the action and the dialogue. Coming after a tightly constructed noir like Blue Velvet, the film feels deliberately unruly, loaded with discursive flashbacks and soap opera twists, and moments of glib provocation, as if Lynch were aiming to repulse people as a lark.” Scott Tobias