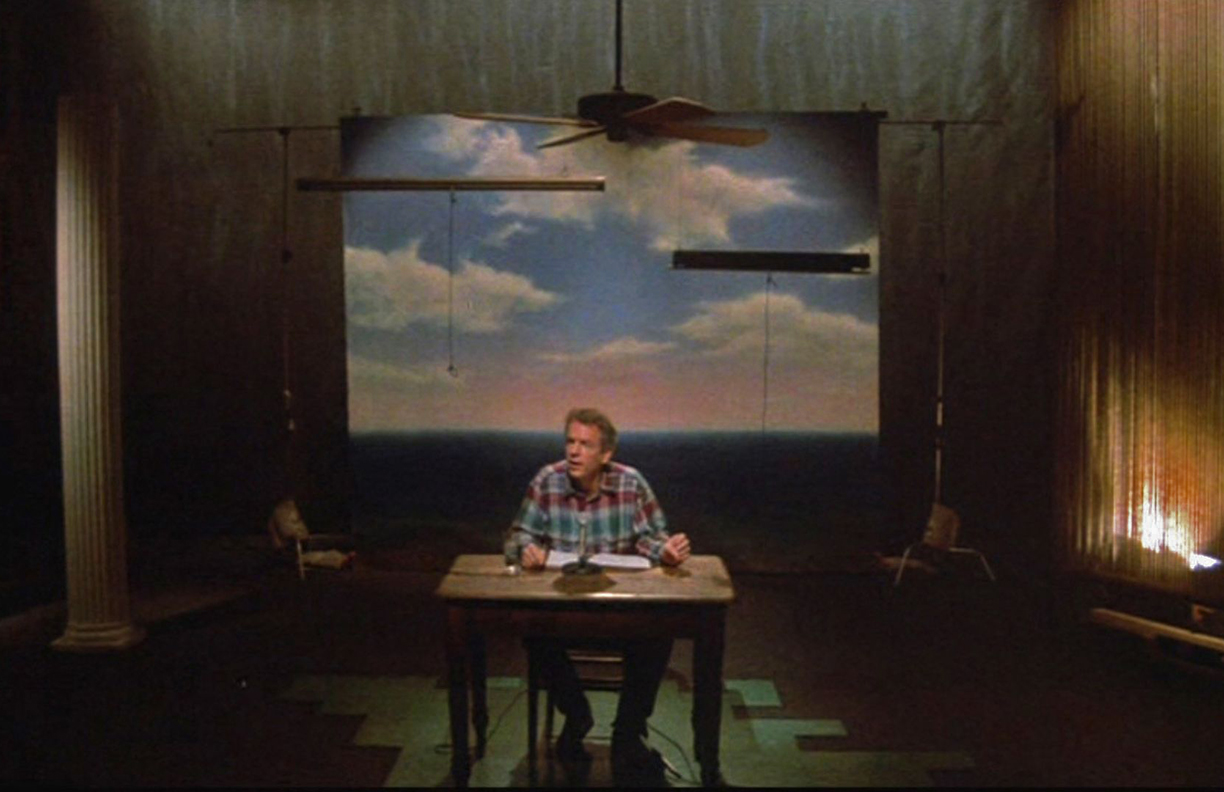 “It would be wrong to think of Swimming to Cambodia as a one-man show, even though it captures the performance of a single artist, Spalding Gray, as he sits alone on an almost empty stage. For one thing, Mr. Gray’s feature-length monologue brings people, places and things so vibrantly to life that they’re very nearly visible on the screen. For another, this is a two-man undertaking, one that shows off both Mr. Gray’s storytelling talents and Jonathan Demme’s ability to frame them. This film’s arrival in the wake of Mr. Demme’s pioneering concert film Stop Making Sense and his jubilant, anarchic comedy Something Wild completes quite an amazing triple play.” Janet Maslin

“All actors might enjoy the thought of a feature film devoted entirely to their face and their voice, but few would have the nerve to go ahead with one.” Roger Ebert