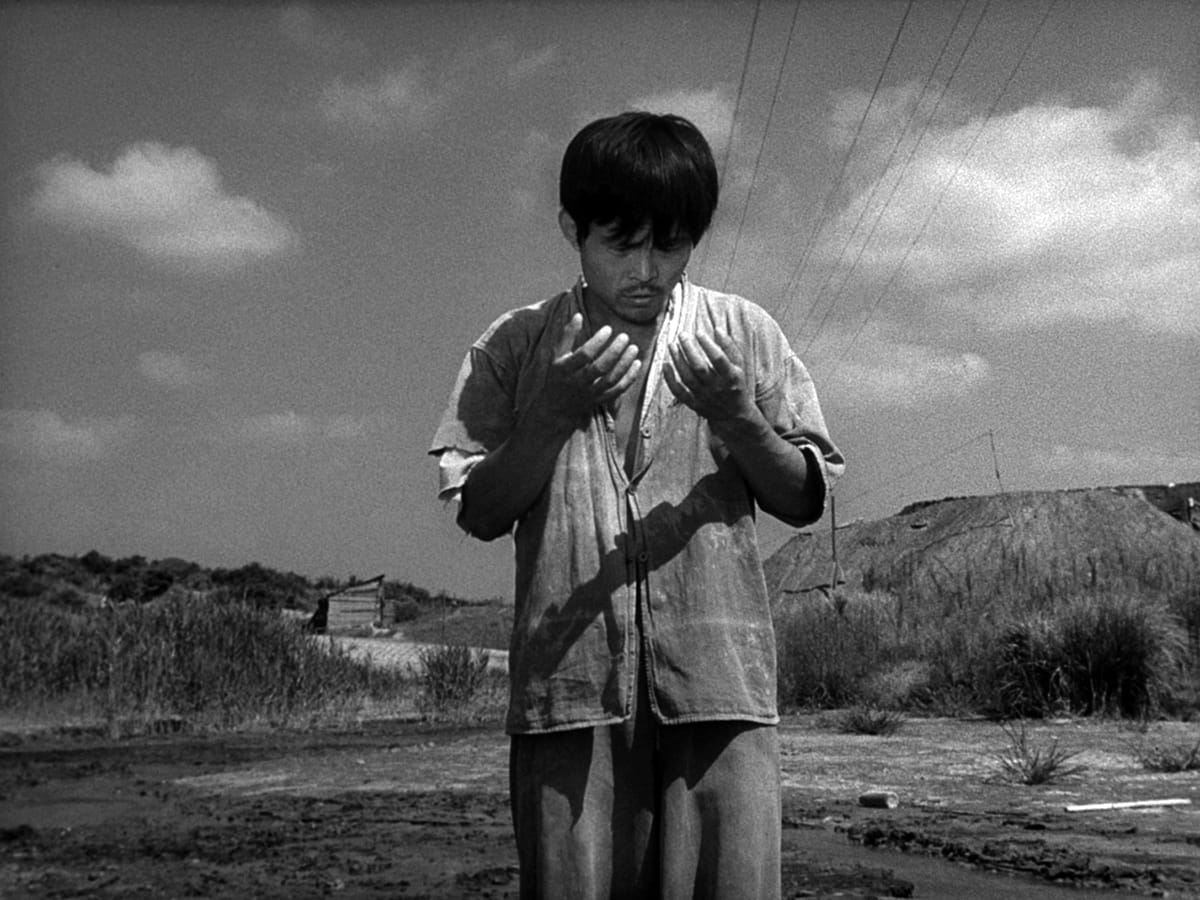 “Described by Teshigahara as a documentary–fantasy, the film is all the more unsettling for its matter-of-fact illogic. Typical of Abe’s other works, Pitfall also employs a pulp-fiction framework—a ghost story—but only to throw into relief both our preconceptions of the genre and the underlying truths that it unearths (in this case, literally). Antonioni had already exploited a similar approach in L’avventura (1960), which spends much of its time engaged in a futile search for a missing person. For his efforts with Pitfall, Teshigahara won the NHK Best New Director award and the film earned the rare honor—for a novice director—of being released abroad.” Dan Harper