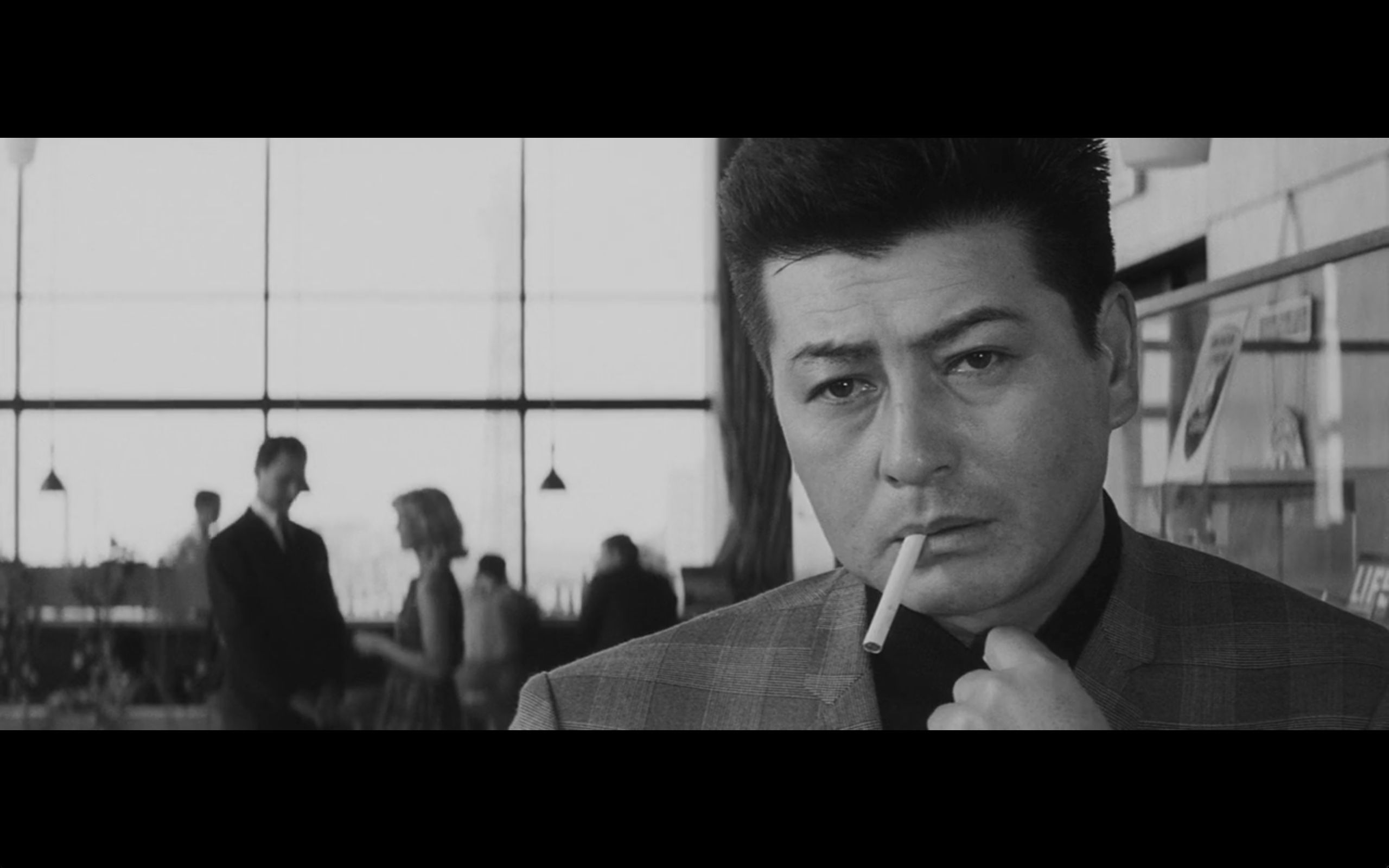 “[Shinoda] was chafing at working within the studio system, and even though Pale Flower was produced by the major studio Shochiku he considers it an independent film, and so, apparently, did the studio. ‘After the screening, the writer said it wasn’t the film he had written,’ he recalls, ‘and that was the excuse the studio needed.’ At a loss for how to deal with it, Shochiku shelved it for months, although when it was finally released it was a great success, no doubt because it captured the sense of both film noir and the emerging European art films.” Roger Ebert

“…few come away from Pale Flower less than dazzled, and many of us have remained to relish its bottomless blacks and sepulchral whites time and again….vérité glimpses of Yokohama’s pedestrian exteriors and crowds of curious faces (often staring directly at the camera lens) alongside lush, gorgeously photographed expressionist atmospherics, and two extraordinarily attractive people caught in the middle, surrendering themselves, together yet always alone, to fits of maniacal laughter and long, Camusian gazes into the void.” Chuck Stephens

See Also: Utsukushisa to Kanashimi to aka With Beauty and Sorrow (Shinoda, 1965), Akai Satsui aka Unholy Desire (Imamura, 1964)