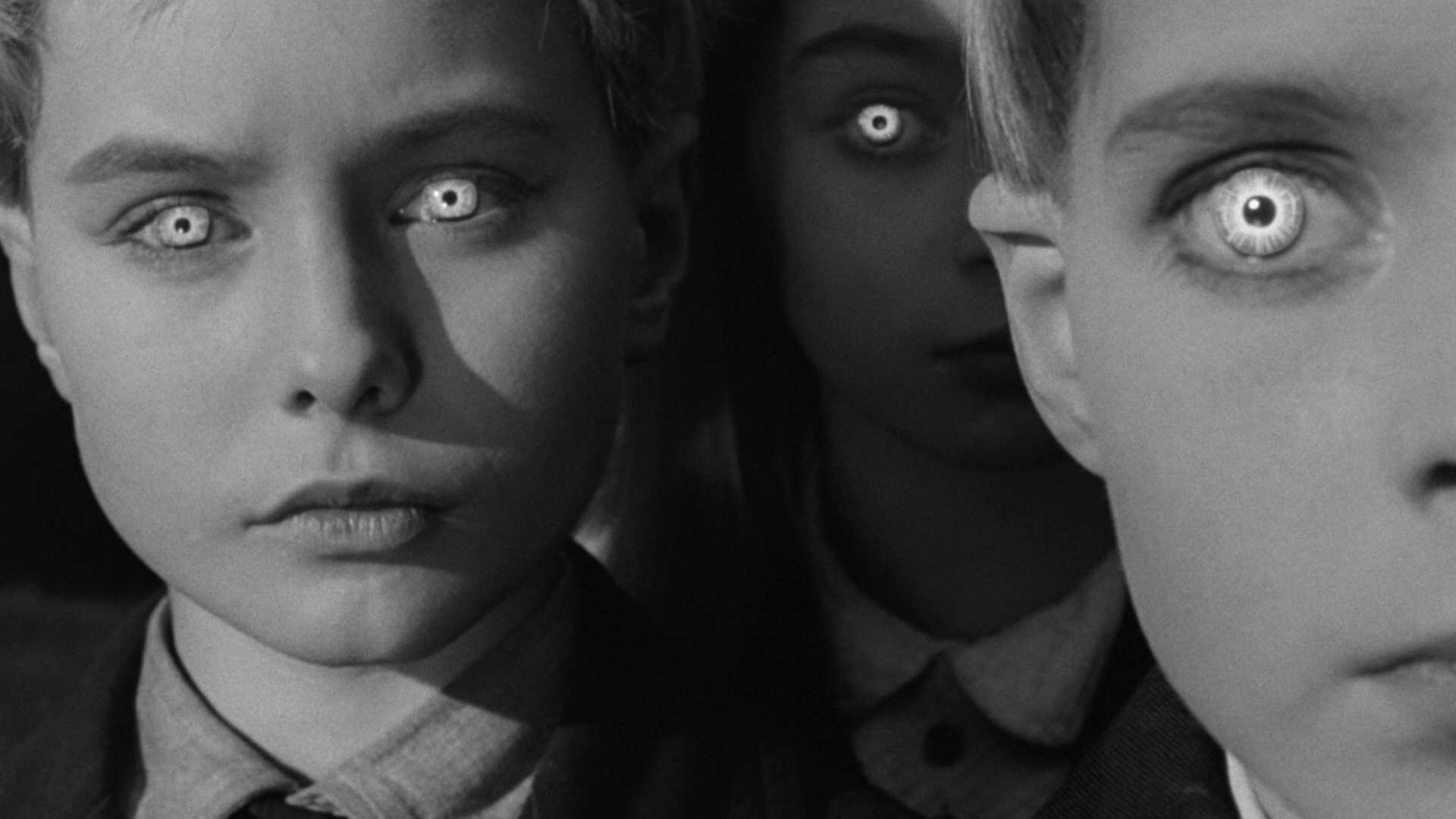 
“There are no concessions to kind hearts and cinema conventions: no cathartic clinch to end all happily. Characters are brutally dispatched with a happy disregard for the degree of sympathy they command, such as we have scarcely seen since Tod Browning’s horrors in the ‘thirties … There is something incomparably sinister about this gang of beautiful children with their huge malevolent eyes, looking, and by just looking forcing one man to shoot himself and another to crash his car. They are related to the monsters of The Turn of the Screw. All the same, as they sit at their studies, silent (because they do not need speech to transmit thought), responding as one person, they are true originals.” David Robinson