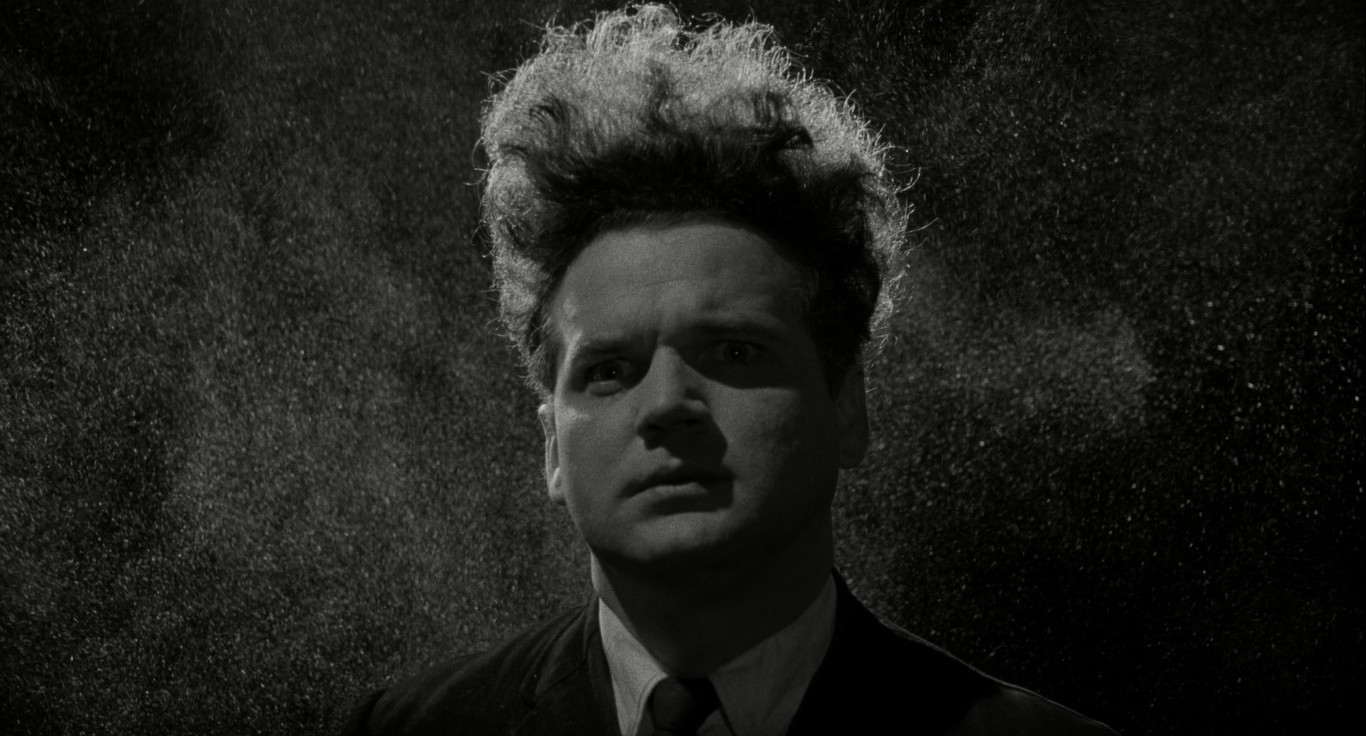 “[Lynch] seems to have reinvented the experimental-film movement; watching this daringly irrational movie, with its interest in dream logic, you almost feel that you’re seeing a European avant-garde gothic of the 20s or early 30s. There are images that recall Fritz Lang’s M and Cocteau’s Blood of a Poet and Buñuel’s Un Chien Andalou, and yet there is a completely new sensibility at work. Lynch pulls you inside wormy states of anxiety …. [t]he slow, strange rhythm is very unsettling and takes some getting used to, but it’s an altogether amazing, sensuous film; it even has an element of science fiction and some creepy musical numbers, and the sound track is as original and peculiar as the imagery.” Pauline Kael

“The black-and-white world of Eraserhead disturbs, seduces and even shocks with images that are alternately discomforting, even physically off-putting, and characterized by what André Breton called convulsive beauty. It also amuses, in its own weird way, with scenes of preposterous, macabre comedy.” Manohla Dargis

“Eraserhead consists mostly of a man sitting in a room trying to figure out what to do with his horribly mutated child. Lynch keeps throwing in graphic close-ups of the piteous creature, and pulls out all gory stops in the unwatchable climax.” Variety