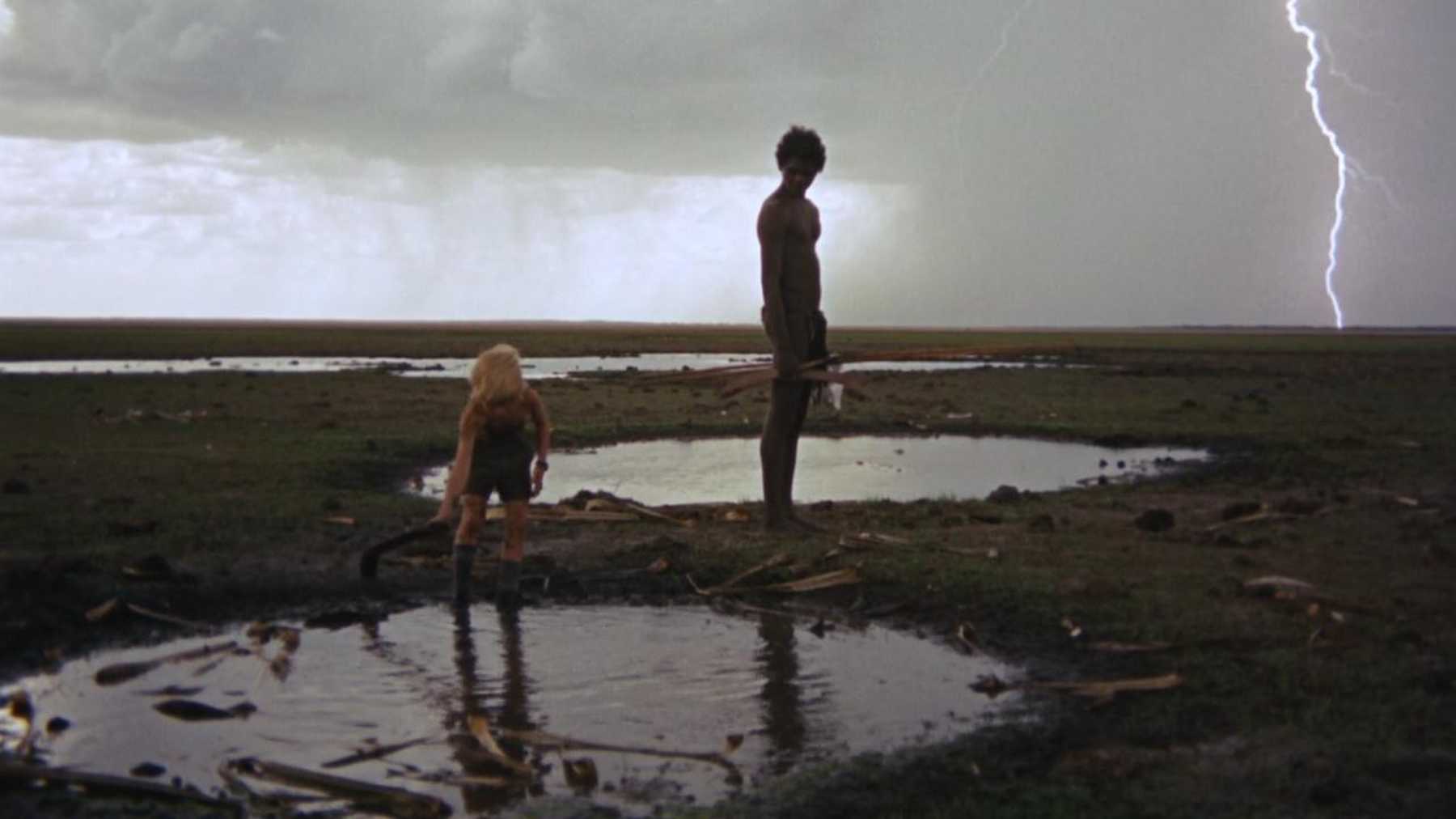 “Walkabout’s narrative follows an Australian sister and brother who encounter an indigenous boy performing the traditional Aboriginal coming-of-age rite: the walkabout. Based on the James Vance Marshall book of the same name, Edward Bond’s original screenplay totaled 14 pages (barely enough for a short film). In Roeg’s hands, it became a meditation on modern rituals and ancient ones, conflicts between the native Aboriginal and invasive European cultures, human language and storytelling, female and male gender roles and the misunderstanding between them, the cruelty of nature and the madness of the modern world.” Andy Beta

“Roeg’s film contrasts Western corruption with native goodness, but it’s naïve by design, and ultimately concerned more with the way all innocence passes than with the politics and particulars of any single part of the world. The children walk untouched through fields of forbidding poisonous creatures and stumble into an Eden …. Roeg works less through plot and dialogue than images and editing, and the trio’s journey takes on a hypnotic quality as one lyrical sequence follows another.” Keith Phipps