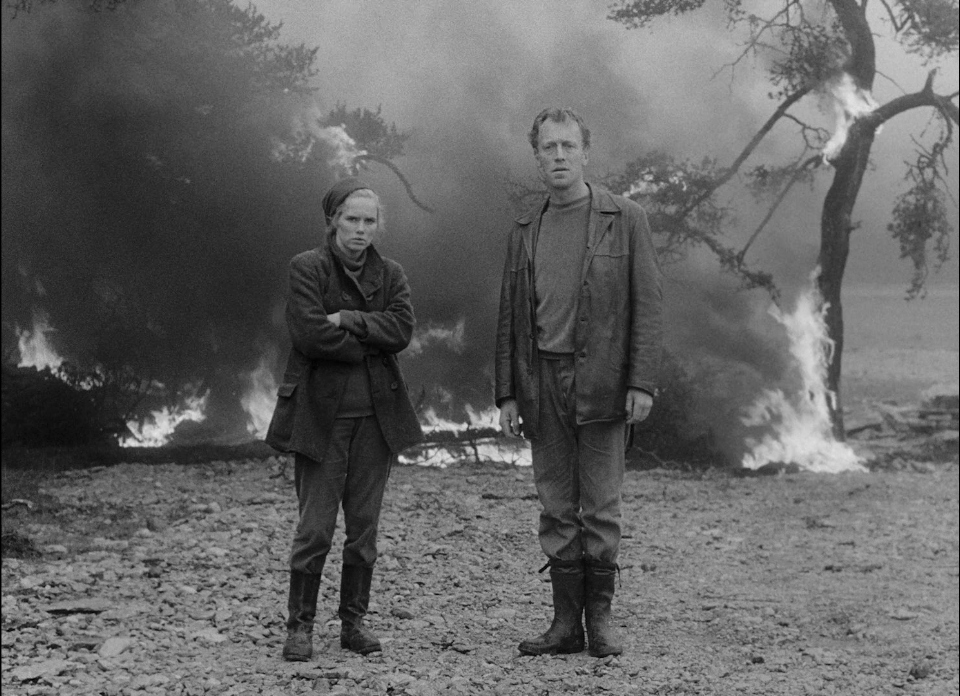 “The ‘shame’ of the title is God’s. ‘What if that person should wake up one morning and be ashamed of what he had done?’ one of the characters says. ‘That person’ is God. The war is no longer a moral context. It is part of the order of things, the sides are not defined, no one is responsible for it. Bergman has moved, exhausted, straight out of the human condition to take on the universe again.” Renata Adler

“Shame is a masterpiece, and it is so thoroughly accessible that I’m afraid some members of the audience may consider it too obvious. They have had so many years now of grappling with puzzles that they may consider all that figuring out responding to a work of art; when they devised a theory about what was going on in a film, they took their own ingenuity as proof that the film was art. And now here is Bergman, of all people, making a direct and lucid movie; they may, in self-defense, decide it’s banal. But if Shame is banal, it’s the most powerful banal movie ever made—the obvious redeemed.” Pauline Kael