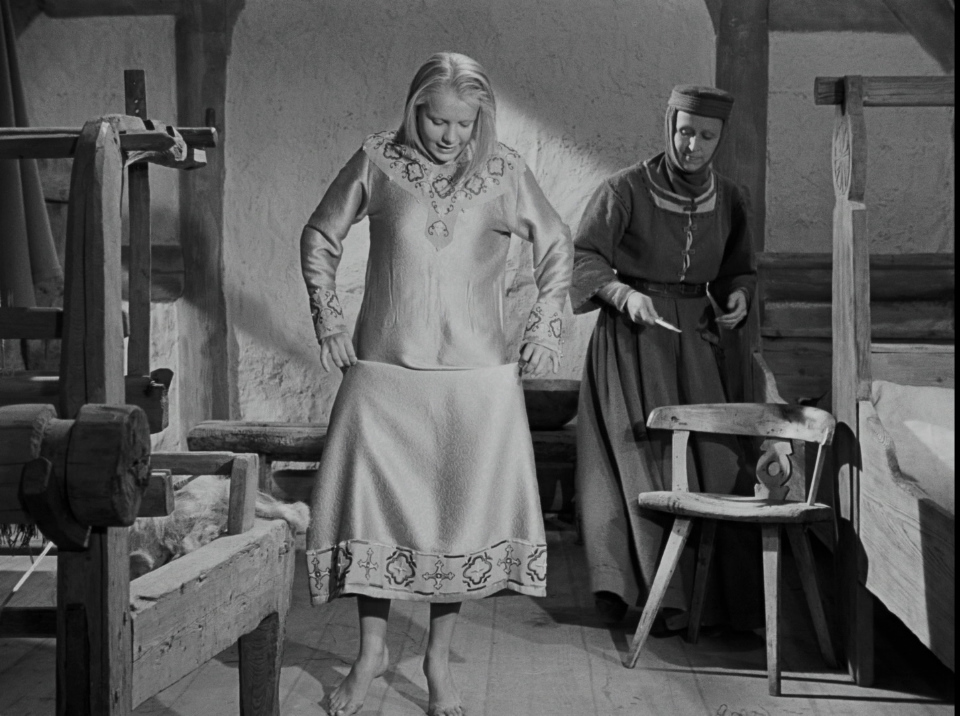 “The Virgin Spring marked a crucial watershed in Bergman’s attitudes toward life and the cinema. Early in the ensuing decade, he would turn to psychological issues at the expense of ethical ones. He would renounce the historical environment of The Seventh Seal, The Magician, and The Virgin Spring, and he would film his work in a harder, less mannered idiom. So this ruthless parable represents for him both a farewell to the past and a harbinger of the future, just as the 1950s gave way to the 1960s in manifold ways.” Peter Cowie