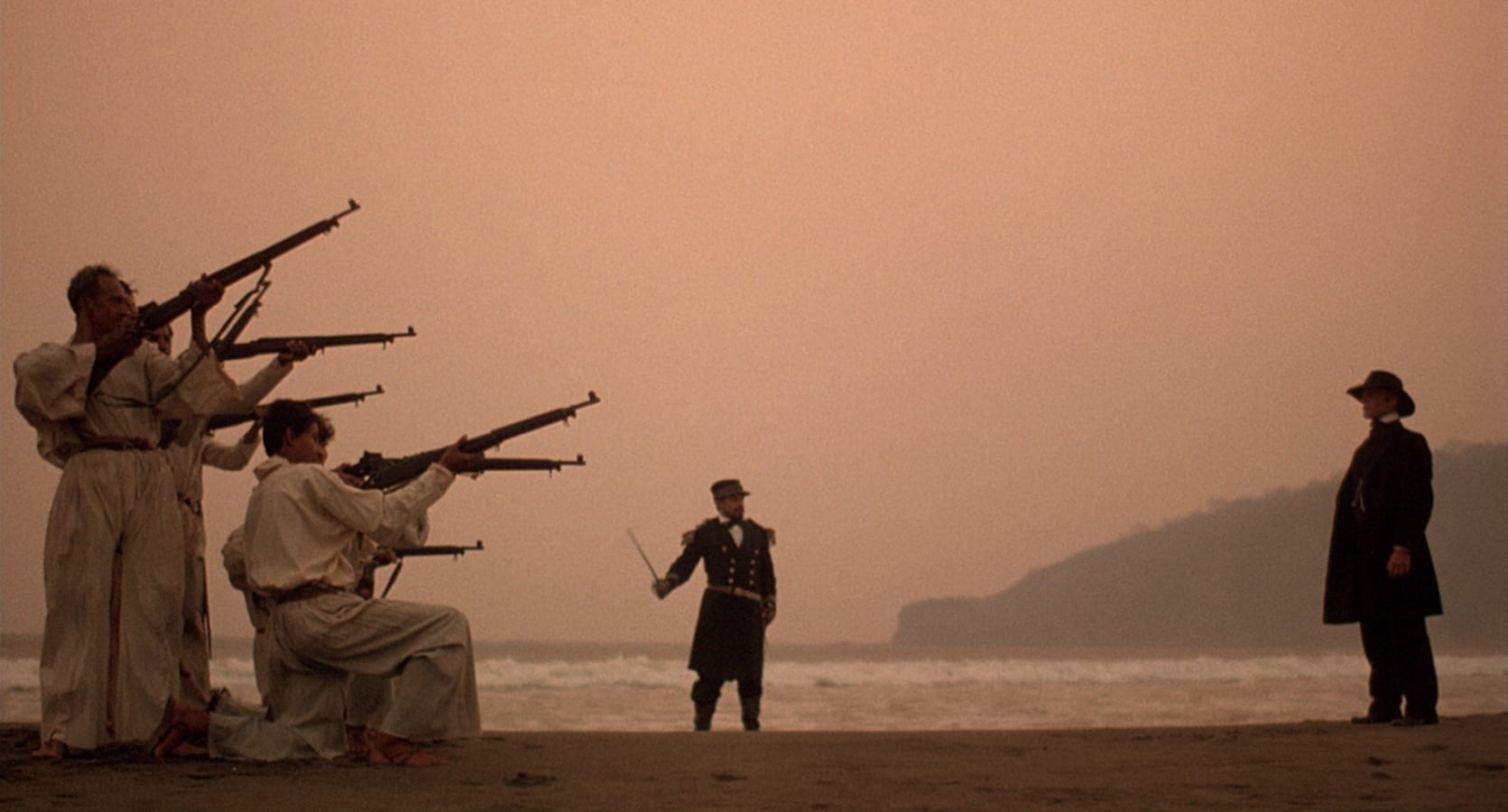 “A period movie that was mainly filmed on location in Nicaragua, Walker can be described as a delirious fantasy and black comedy inspired by the real-life exploits of William Walker, an American from Nashville who served as the self-appointed president of Nicaragua from 1855 to 1857. Insisting on an unbroken continuity between past and present and reveling in deliberate anachronisms, the movie presents Walker as a full-scale lunatic–a Nero or Caligula ruled by Manifest Destiny whose delusions and excesses are not at all irrelevant to those of our country in Nicaragua today. In overall thrust, this has no more subtlety than a political cartoon; stylistically, it abounds in explicit echoes of Sam Peckinpah, Sergio Leone, Robert Altman, and Apocalypse Now.” Jonathan Rosenbaum