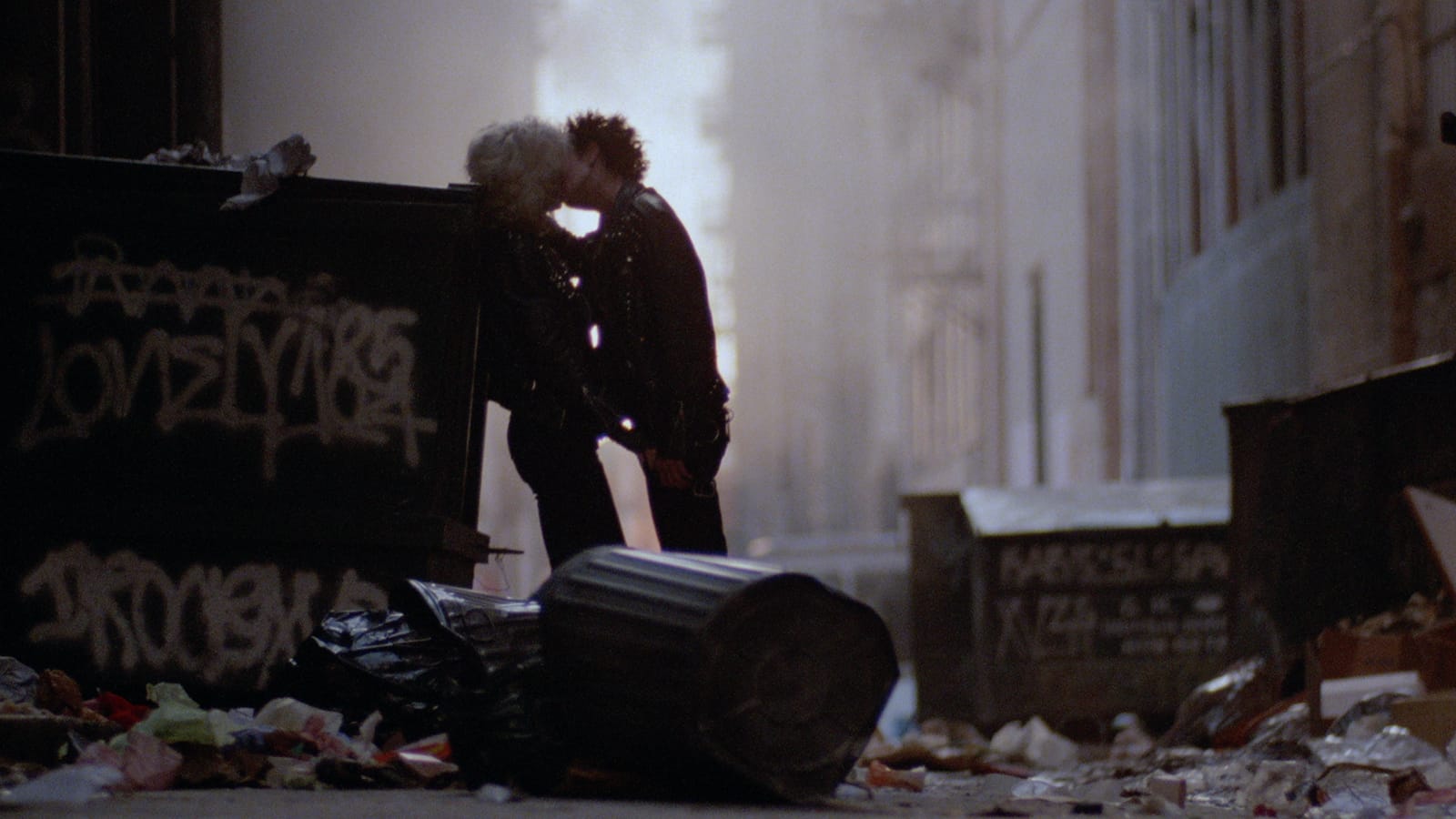 “Punk was in the air during the filming of Sid & Nancy, in that most degraded of mediated forms, the anniversary. Early in 1986, the U.K. style media went overboard in a series of ‘ten years after’ articles—fashion shoots, spectacular recantations, comparisons with the present—which not only diminished the present but tarnished the past. It was easy then to see Sid & Nancy as another tacky rewriting of history, but that was to apply a British standpoint, and in the end, Sid & Nancy is not a British film …. [t]he American section of the film—the second half—is a brilliantly sustained mood piece. Cox’s touch is sure here. He has enough respect for his characters to treat their mutual delusion with love and sympathy, and to chart the rejection that has brought them to this. But he’s too smart not to interject a note of politics, as ever in this film, spoken by a black man: ‘Smack is the great controller, keeps people stupid. When they could be smart. You guys got no right to be strung out on that stuff. YOU could be selling healthy anarchy. Long as you addicts, you be full of shit.’ ” Jon Savage