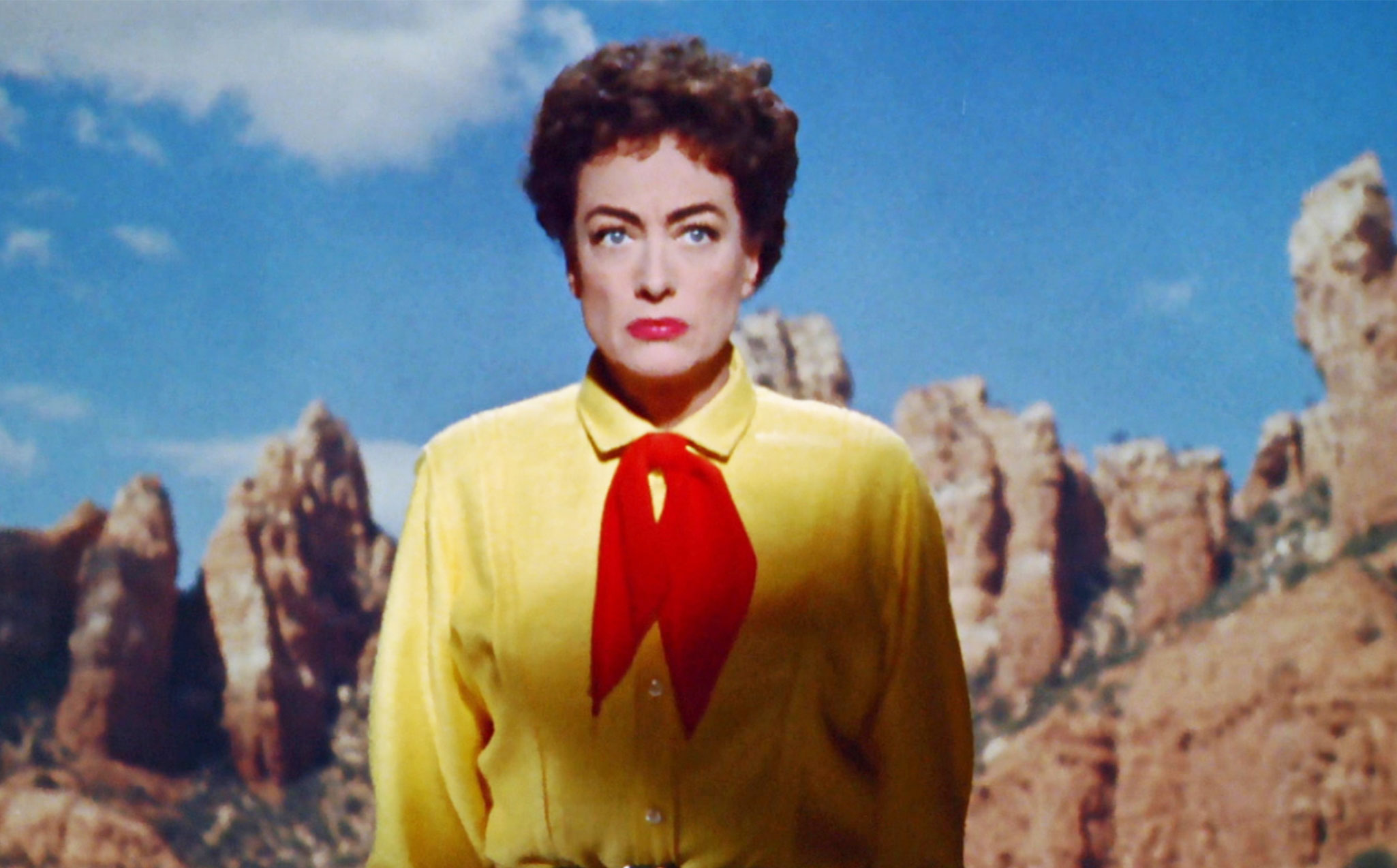 “The hallmark of Ray’s great talent resides in his absolute sincerity, his acute sensitivity. He is not of great stature as a technician. All his films are very disjointed, but it is obvious Ray is aiming less for the tradition and all-round success of a film than at giving each shot a certain emotional quality. Johnny Guitar is ‘composed,’ rather hurriedly, of very long takes divided into four. The editing is deplorable. But the interest lies in elsewhere: for instance in the very beautiful positioning of figures within the frame. (The posse at Vienna’s is formed and moves in V-shape, like migratory birds.) Francois Truffaut