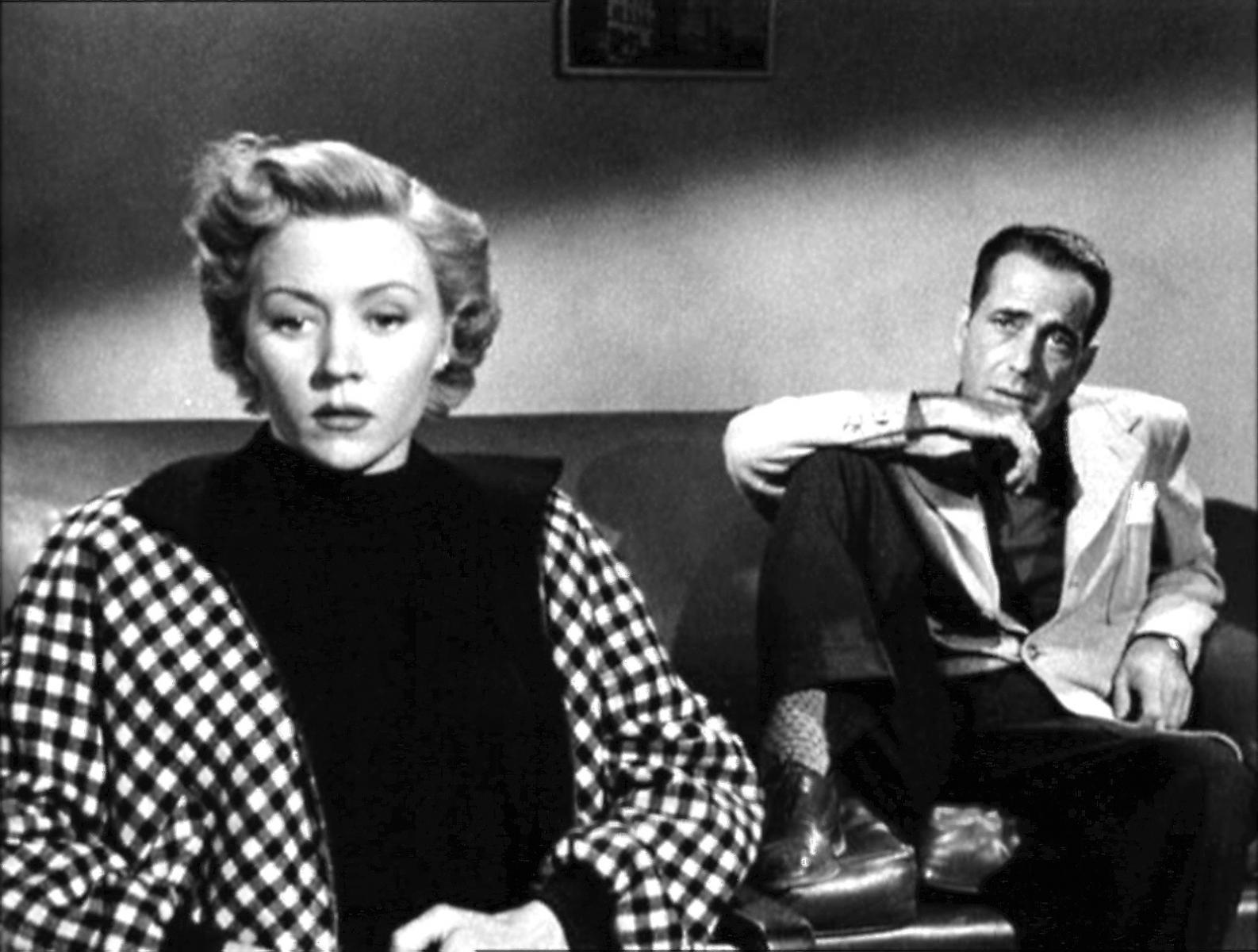 “Nicholas Ray’s In a Lonely Place is the grayest, most morally ambiguous of film noirs—and arguably the most self-reflexive. Released in 1950, two and a half years after the House Un-American Activities Committee put Hollywood on the stand, and a few months ahead of Sunset Boulevard, In a Lonely Place similarly represents the movie industry as a crime scene, with a troubled screenwriter as its conflicted protagonist …. Hollywood atmosphere, existential malaise, and political subtext combine to inform a sensational love story, played on the edge of the void…” J. Hoberman

“Nicholas Ray’s melodrama, from 1950, is one of the darkest, harshest, and most devastating love stories ever made …. Few movies suggest such a forthright flaying of the director’s soul.” Richard Brody