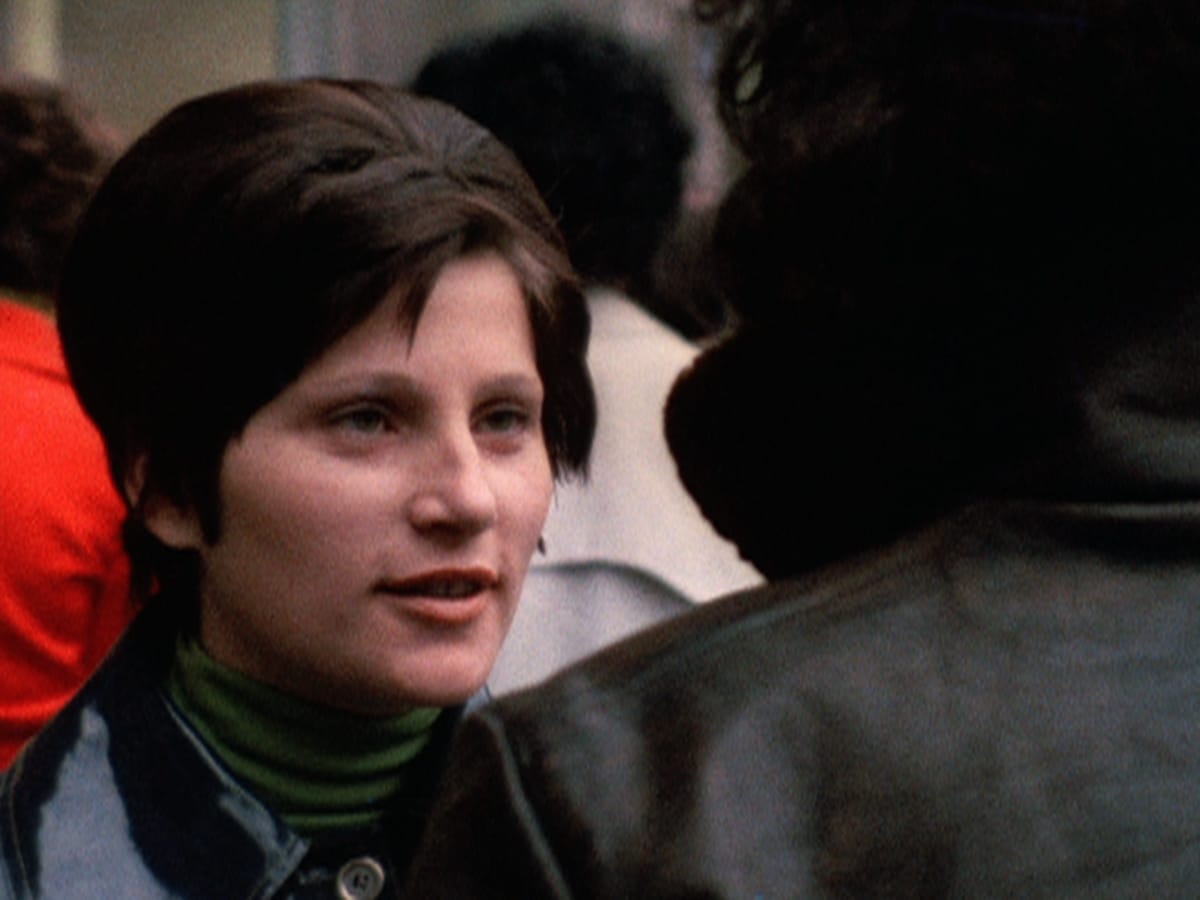 “In…Place de la République (1974), Malle takes a more direct approach to the lives of working people, simply training the camera and microphone on anyone who happens to stroll by one short stretch of sidewalk in a working-class neighborhood of Paris. Malle asks them questions about themselves and playfully comments on the camera’s role in the film. The result is a surprisingly penetrating examination of the very real, material factors that affect people’s happiness. Money, race, religion, sex—they’re all there in this elegant experiment, which embodies the curious, compassionate sensibility that informed all of Malle’s films, and especially his documentaries.” Michael Koresky