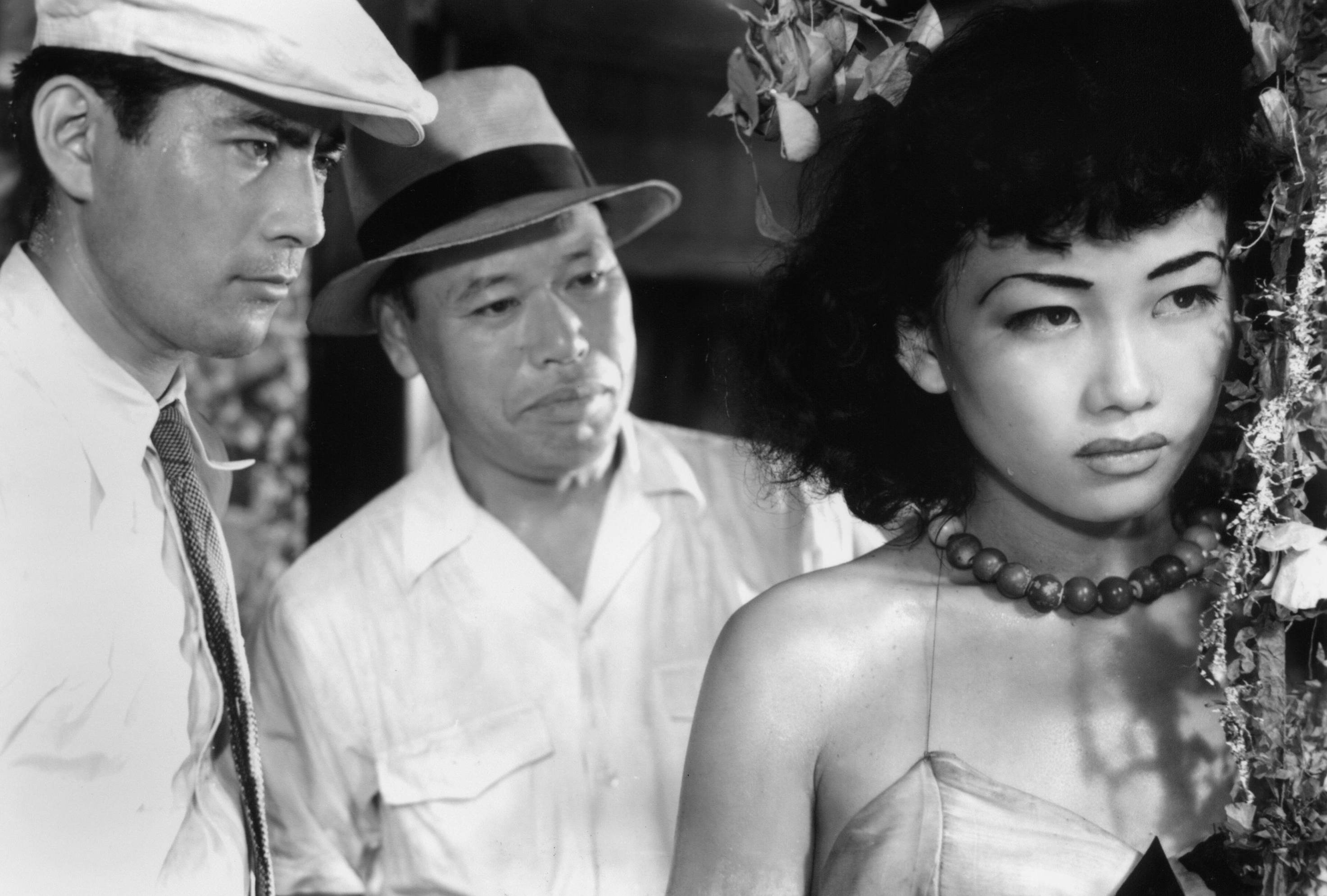 “Kurosawa Noir: While a rubble-strewn Tokyo swelters through a torrid heat wave, awkward young white-suited detective Mifune finds to his shame that his pistol has been stolen – and then that it’s been used in a murder. Thus begins his obsessive, guilt-ridden search, highlighted by nearly ten-minute dialogue-less sequence shot by hidden camera in the toughest black market section of the city….Kurosawa adapted his own unpublished novel for this, his first detective film and the real beginning of the genre in Japan.” Film Forum