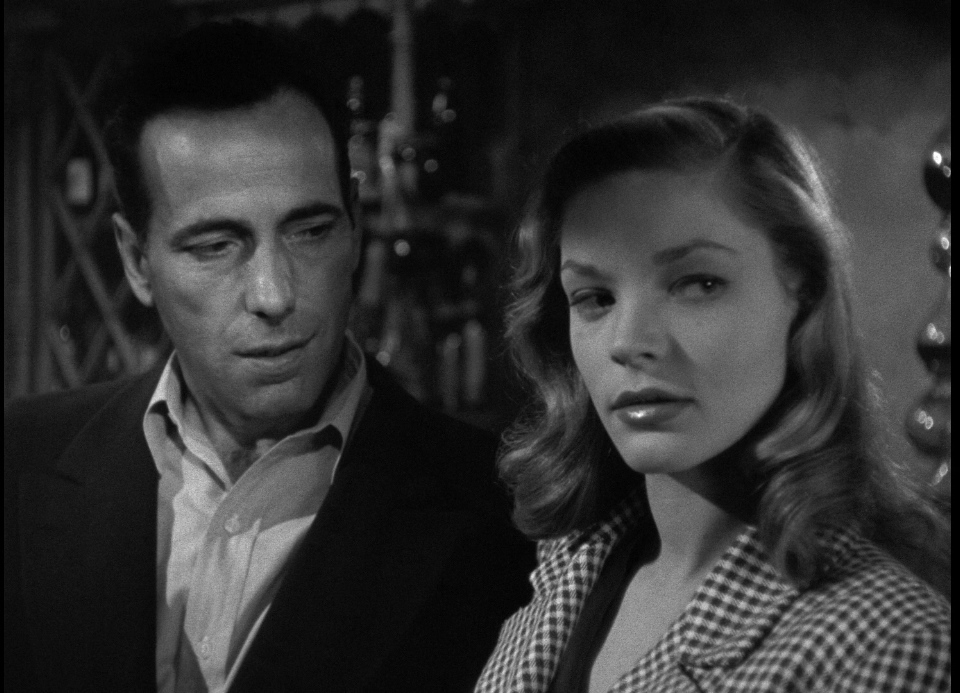 “With an eye to the lucrative box-office of its Casablanca, the brothers Warner turned out another epic of similar genre in a none-too-literal adaptation of Ernest Hemingway’s novel To Have and Have Not…. Though Have Not was one of Hemingway’s inferior novels – whose theme of rum-running was certainly antithetical to the film’s story of French collaboration – it affords considerable picture interest because of some neat characterizations. And it introduces Lauren Bacall, in her first picture. She’s an arresting personality. She can slink, brother, and no fooling!….Bogart is in his usual metier, a tough guy who, no less, has the facility of making a dame go for him, instead of he for her. That’s where Bacall comes in.” Variety

“To Have and To Have Not, from Hemingway’s novel, changes the locale from Cuba to Martinique under Vichy to drag in the war (more likely to make it ‘timely’). The whole to-do about this film szeems to have centred around the debut of Lauren Bacall, a dour-faced vixen whom the critical boys have confused with Dietrich, the Empress Poppea and certain of their more esoteric dreams. A more embarrassing portrayal of a femme fatale I have ever seen….asking an audience to laugh for two hours at the delirium tremens of a man suffering from alcoholism is a grisly thing. But the audience laughs. Like Casablanca, which it sets out to duplicate to the last desperate display of manliness by Humphrey Bogart, it will, no doubt, earn a fortune.” Herman G. Weinberg