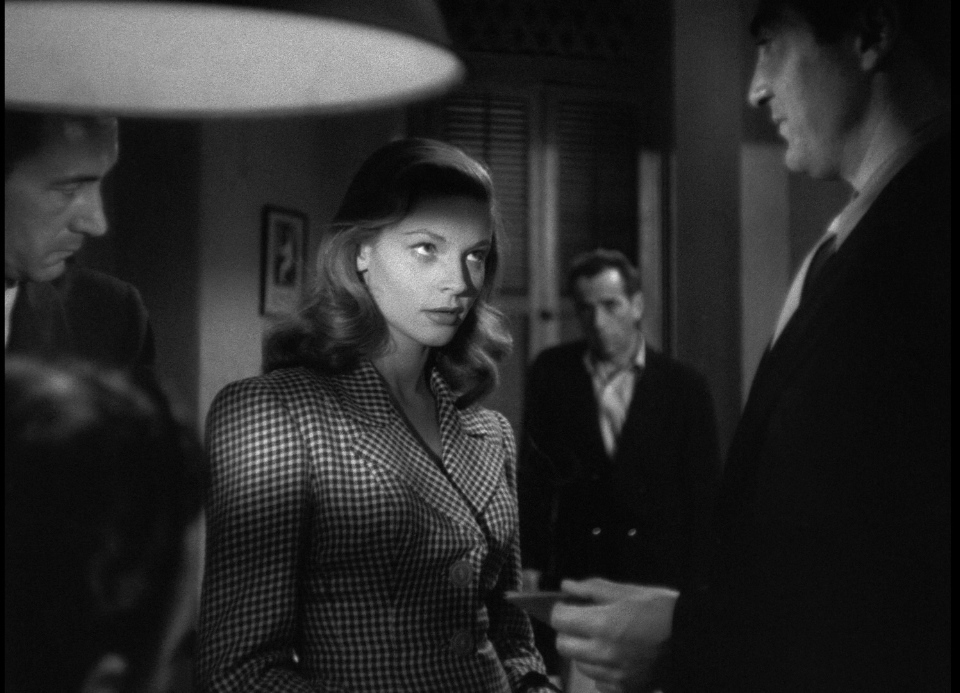 “The alliteration of their last names seemed in itself to suggest their intertwined destinies, as the cliché about opposites attracting was never more evidenced than in this couple’s initially hesitant romance and passionate marriage: the sultry, blonde Bacall two decades younger than the dark, hard-drinking Bogart (May-December, as the formula has it), Jewish to his Episcopalian, she raised in economic want in the Bronx while he grew up well-off in the Upper West Side home of a prominent heart surgeon whose ostentatious name (Belmont DeForest Bogart) verged on mock aristocracy….Like her crisp diction and his slightly slurred delivery (not to mention the fact that her voice was also famously huskier than his), Bacall and Bogart’s screen personae appeared obverse: she chic, cool, and elegant, he flinty, volatile, and assertive, his characters often prone to cynicism and bitterness.” James Quandt