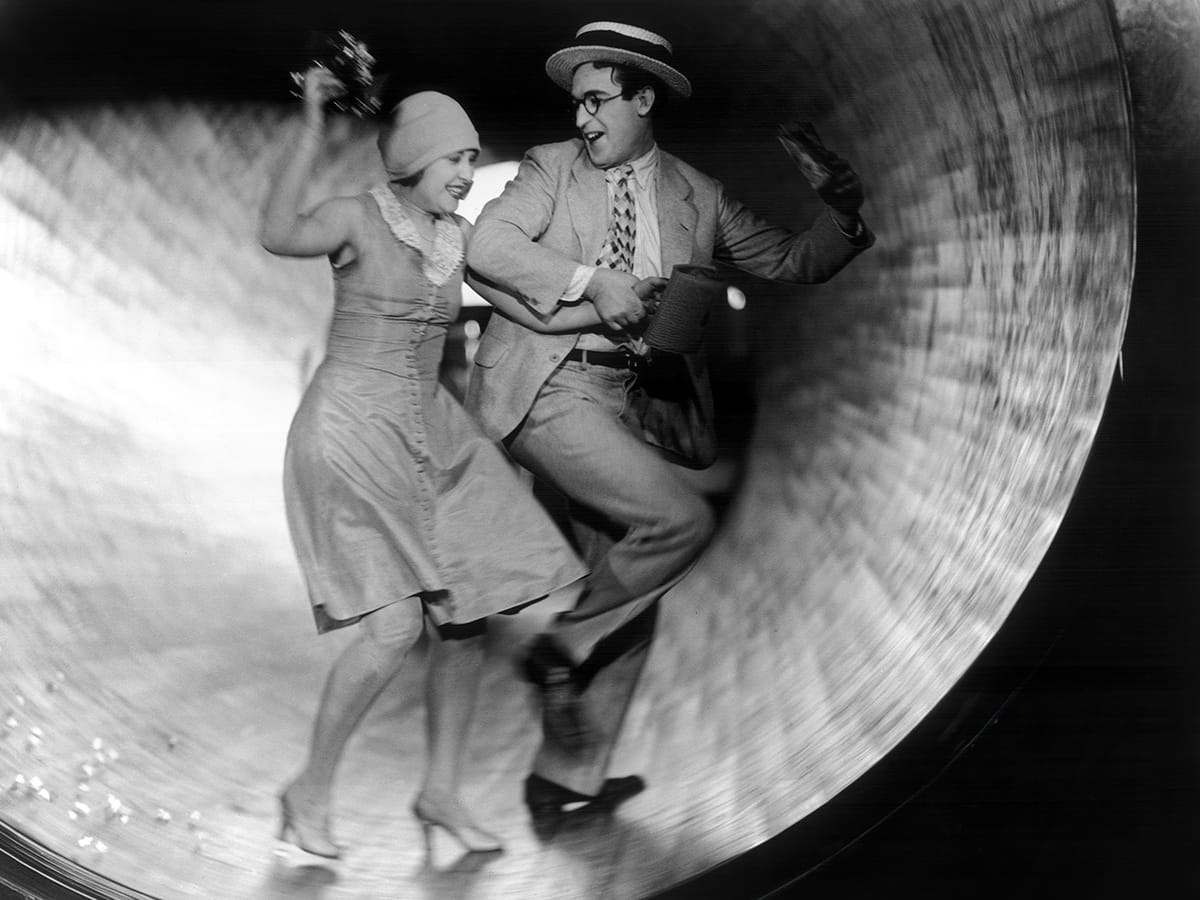 “The title alone tips off Lloyd’s comic approach, which is to keep up a pace so rapid that no lingering sentimentality or sadness can attach. Fittingly, the film is set in New York City, where, the opening titles tell us, everyone is in such a rush. Whether or not the expression “a New York minute” was yet current, the idea that the city represented the forefront of hectic modernity already held sway…. at a very basic level, the film is about modes of transport, and its rhythm is largely dictated by many shots of people rushing via taxi, subway, streetcar, and motorcycle. It is also about an older way of being, a more traditionally communal, unhurried morality, in conflict with the new, headlong corporate capitalism that sprang up in the Gilded Age with the railroad barons and now seemed well-nigh unstoppable.” Phillip Lopate