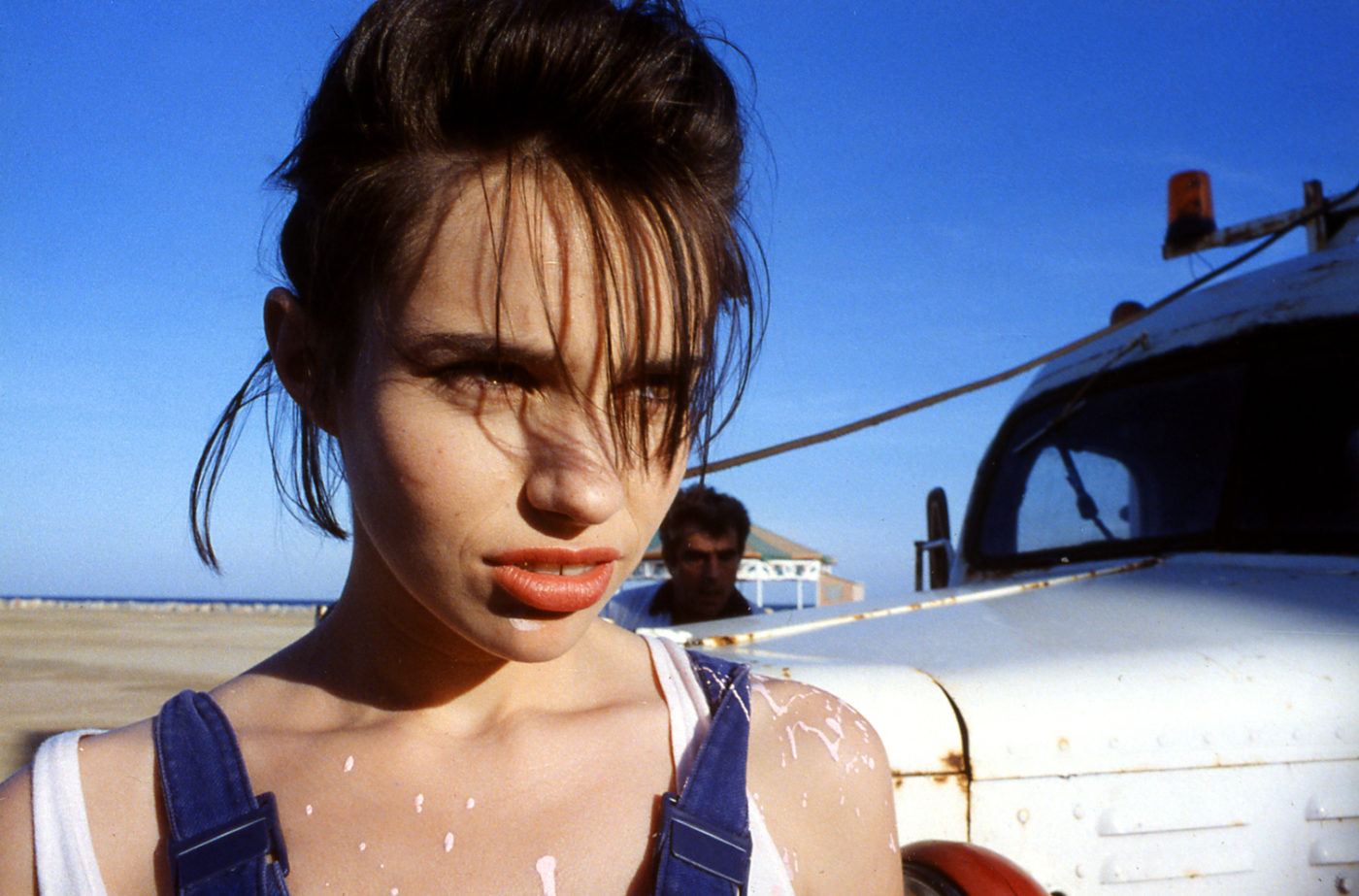 “If Betty Blue teaches us anything – and there’s a good chance it doesn’t – it’s that life is full of little mysteries.” Janet Maslin

“Betty Blue infamously begins in medias baiser at the beach shack belonging to Zorg (Jean-Hugues Anglade), whose first line of narration—”I had known Betty for a week. We screwed every night. The forecast was for storms”—immediately establishes the film’s frequently awkward mix of the carnal and the volatile. Betty’s episodic crackups, which start with arson, proceed to assault by fork and comb, and culminate in operatic self-mutilation, feel not so much explosive as exhausting. But curvy, ripe Dalle, only 21 at the time and in her first screen role, completely commits to the part, and was dubbed “the new Bardot.” Melissa Anderson